Holloway In the Spotlight  By Holloway Sportswear On September 19, 2014

Holloway In the Spotlight

By Holloway Sportswear On September 19, 2014

Holloway made another debut with boxer Floyd Mayweather and his team during weigh-ins for his fight against Marcos Maidana as seen below. The team is wearing our Illusion Jacket in Black/Light Gold. 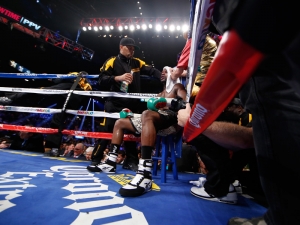 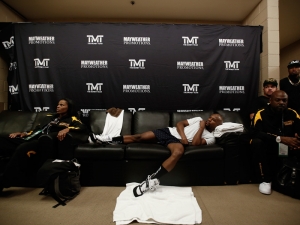 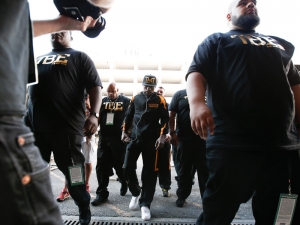 But, Mayweather wasn’t the only team rockin’ Holloway. Maidana’s team can be seen wearing our new Determination Jacket in Royal/White. 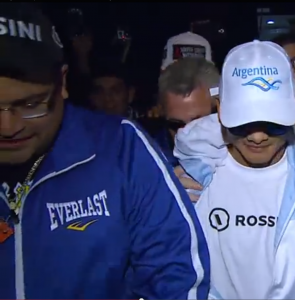 Watch the whole video here. You can find Maidana’s crew at 12:15 on the video and Mayweather/TMT in Forest/White Illusion Jacket 14:00.

That’s not the only TV time we’ve got coming up. We are excited to sponsor Saturday High School Rivals. They cover local Cincinnati games and will be shown on Star 64, Local 12 and The CW Cincinnati starting this Saturday, September 20. Keep an eye out on social media for pictures of them sporting our stuff! 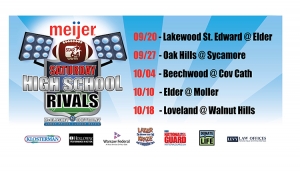 Some exciting stuff going on, make sure to check those out!  Show us your Holloway gear by sharing a picture on social media with #HollowaySportswear for a chance to win a $100 Visa gift card!


Warning: count(): Parameter must be an array or an object that implements Countable in /nfs/c10/h13/mnt/143711/domains/blog.hollowaysportswear.com/html/wp-includes/class-wp-comment-query.php on line 405

Stay Connected With Us!